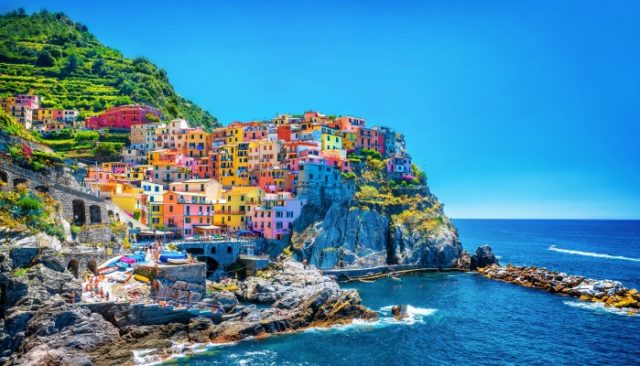 The seldom explored Baltic coastline contains plenty of hidden treasures and Poland’s portion is no exception. From the border with Russia to the attractive port of Swinoujscie, the Polish seaboard meanders over 700km in a series of dramatic spits, estuaries, old spa towns, fishing villages, the untamed wilds of two National Parks and, above all, glorious silver sand beaches to rival Europe’s very best (in appearance if not in water temperature). First time visitors should follow this brief guide to get a taster of what the region can offer.

Bridging the resort of Sopot with the westernmost extent of Russia, the Vistula Spit is a beach lovers Mecca, one lengthy smorgasbord of sand from start to finish. Poland’s stretch of the spit includes the main tourist town of Krynica Morska near the border with Russia. Other small towns and villages are also worth an exploration, like Katy Rybackie. Near the latter nests the largest populations of cormorants anywhere in Europe; the whole estuary is a haven for all kinds of seabirds.

South of the estuary lies one of the best-preserved (and UNESCO-listed) Teutonic castles in the world at Malbork, as well as the old town of Elblag, with a rejuvinated Old Town and an interesting museum.

A few kilometres outside Gdansk, Sopot is certainly a pretty resort. It’s also a pretty pricey one: in Poland only Warsaw is more expensive to live in. The therapeutic properties of Sopot’s bromide spring water were already attracting visitors in the 19th century and today it’s a neat, well-appointed tourist town with a bunch of spa resorts and lavish hotels. Right by the sandy town beach, the Art Deco Grand Hotel is the most renowned accommodation.

The town centre has been made a National Heritage Centre for its abundance of bright, red-roofed buildings which exude bundles of traditional Eastern European charm. Of architectural intrigue is the Crooked House, inspired quite literally on Polish fairy tales. Down on the seafront is the longest wooden pier in Europe.

World War Two saw a lot of defenses constructed on this gorgeous sandy peninsula north of Gdansk: now, besides the beaches, there is also an abundance of heritage on Hel. The small town of Hel is festooned in quirky wartime memorabilia and also sports a seal laboratory and an octagonal 19th century lighthouse. Silver sand beaches flank the peninsula and the shallow water means windsurfing is also popular. Hel is connected by train from Gdansk.

In many ways the coast at Debki typifies Poland’s coast as a whole: idyllic sandy beaches backed by sweet smelling pine forests. There is a great range of accommodation and restaurants like romantic Kaszubski Mlyn, an ancient watermill. Again, the shallow water off shore and at nearby Lake Zarnowieckie mean the windsurfing here is first class. Debki’s nightlife scene is highly rated too: several bars and clubs front the beach.

Some 30km of Slowinski (Slovinski) National Park, one of Poland’s two major protected reserves on the coast, meet the sea in a dramatic wave of frequently shifting sand dunes. The whole park is a wildlife haven: behind the dunes are patches of peat bog and further back again, Tolkienesque forest which yields the animal residents (including elk and wild hog) a variety of habitats. The village of Kluki has a fascinating ethnographic museum dedicated to the tribespeople that once called this rather unique region home.

One of the most-visited parts of the Polish seaboard is its western extreme near the border with Germany. The main settlement here is Swinoujscie, a town festooned with Gothic architecture and old churches, straddling the two main islands of Uznam and Wolin. Wolin itself is covered largely in National Park, comprising wildlife-rich wetlands and peaceful fishing villages, as well as the old seaside resort of Miedzyzdroje, which retains a certain battered elegance. The wetlands are garnering a reputation as one of Europe’s best bird-watching spots, due to the presence of avian wonders like the white tailed eagle. Ample opportunities exist to get off the beaten track.

The coast of Poland may look Mediterranean but, being the Baltic, is considerably colder water-wise. That said, the variety of coastal attractions give Poland’s seaboard a good case for being an alternative European seaside getaway. Beach wise and watersports wise, many are already talking of it as being Europe’s next big thing.

Museums of Science in St. Petersburg 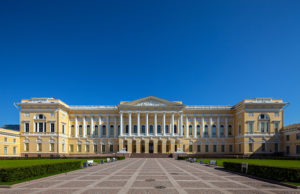 Lifestyle
Saint-Petersburg is well-known not only for the preservation of Russian cultural heritage but also, nowadays, it is recognized as one of the best educational...