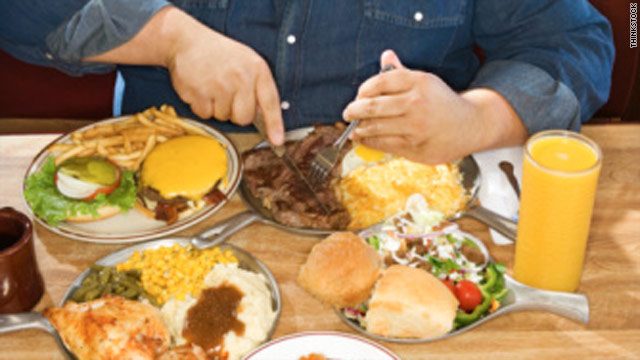 Weight loss is never easy and for obese people it can be a long and arduous journey. For many that continuously struggle with obesity, their weight could be a symptom of an undetected eating disorder called binge eating disorder (BED), which can prevent its victims from losing weight. BED is reported to effect roughly 3% of the US population, leaving many people struggling with obesity and conventional weight loss methods unaware that they have an eating disorder that may not respond without appropriate treatment.

With nearly 34% of U.S. adults being obese, many people may think they just have a weight problem and may not be aware they have an eating disorder. According to the Academy of Eating Disorders, approximately one fifth of obese people that seek professional treatment meet the criteria for this prevalent disorder. Binge eating is common both among people with diagnosed eating disorders and those who are obese so the difference may be indistinguishable to the untrained eye. With BED, weight is only a symptom of a deeper problem and binge eating is used to avoid and deal with feelings.

Individuals with binge eating disorder (also known as compulsive overeating or food addiction) frequently consume large amounts of food and are obsessed with food and food related thoughts, often thinking about what they are going to eat next while they are in the midst of a binge and going through elaborate planning and extreme lengths to get the foods they think are going to satisfy the cravings. Oftentimes these binges are on high sugar and high carbohydrate foods leading to excessive weight gain and both physical and mental health problems.

Indications that a person may have binge eating disorder include:

Consuming large amounts of food in a binge or through grazing
Obsession with weight and body image
Constant thoughts and preoccupation with food
Feeling out of control and unable to stop themselves from eating
Eating secretly by hiding, eating in the car, late at night, etc.
Consuming food rapidly
Feelings of guilt and shame surrounding their eating habits
History of dieting, trying many new diets with little or no success
Problems with depression and/or anxiety

The primary difference between binge eating disorder and the more commonly known diseases of anorexia and bulimia is that the person with BED is not using methods like starvation or purging by vomiting, laxatives/diuretics, or excessive exercise to control their weight. It is important to be aware that binge eating disorder is a disease as serious as the other eating disorders and while it may not exhibit some of the more immediate physical health concerns seen in anorexia and bulimia, the dangers of being obese are well documented and of great concern.

What Is Disordered Eating