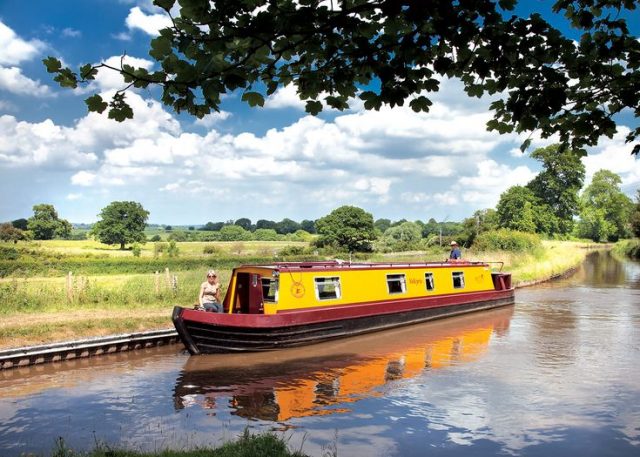 Chugging steadily along through the constantly changing scenery on a canal holiday in England or Wales aboard a narrowboat is mixed with spells of activity whenever the boat comes to a lock, lift bridge, swing bridge or tunnel.

In a week it is possible to cover anything from 60 to over a 100 miles, depending on when the crew is ready to set off in the morning, the number of locks and how much time is spent stopping for meals.

Best of all, with a top speed on a canal of only 4 mph (as faster would damage the banks), there is plenty of time to enjoy the passing scenery and observe the wildlife along the banks.

Canalling through the countryside can be blissfully rural for most of the way. Often fields and woods stretch into the distance on either side with barely a building in sight.

Cows grazing in water meadows watch the boat pass by. There are families of ducks, moorhens and swans to feed and sometimes a kingfisher might be glimpsed perching in tall reeds.

Canals Through Towns and Cities

Even going through towns and cities on a narrowboat can be interesting when the canal squeezes past old wharves and under ornamental bridges.

Sometimes a railway line runs alongside giving those aboard the boat the chance to exchange waves with the passengers and perhaps get a friendly ‘toot’ from the driver.

Driving a Narrowboat on the Canals in England and Wales

Driving a narrowboat is very simple as it has a single lever for forward or reverse. However steering its considerable length from the rear can prove quite tricky until one gets used to the sluggish response to the rudder.

Even a moment’s lapse of concentration soon has the boat swinging towards one bank or the other. Fortunately narrowboats are built to withstand the occasional bump!

Inside a Canal Narrowboat

On board, though a narrowboat is only seven feet wide, its length, anything from 30 to 70 feet, means it has plenty of space inside and all ‘mod cons’. There are often two separate sleeping areas and at least one flush toilet and shower. Some even have four-poster beds and a bath.

A small galley complete with gas oven and fridge is next to the dining/sitting area which can itself often be converted into a third bedroom at night. Even cooking or washing-up on the move hardly seems a chore on a narrowboat when the view of the bank just a few feet from the galley window is constantly changing.

Canal Holiday on a Narrowboat in England or Wales

One of the joys of a canal holiday in England or Wales is that everyone on board is together as a group without being on top of each other. While one person drives the boat, another might be sitting at the front or on the roof reading a book or just enjoying the scenery. Others could be strolling along the towpath.

It’s also easy to stop anywhere, perhaps for a picnic or beside an inviting-looking pub. Steer the boat to the bank where there may be rings to tie up to. If not, hammer a ‘pin’ into the ground at either end and tie up. It really is as simple as that!

So for a relaxing holiday with sightseeing and activity a canal holiday is hard to beat.

How to Become an Ultrasound Technician 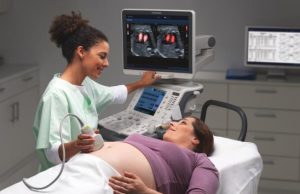 Health
Ultrasound is a challenging career. It is used to examine disease process in the body without the use of ionizing radiation, which is used...