The American Psychiatric Association has not yet determined whether or not video games are addictive, although video game addiction clinics have been established in European countries. The scientific evidence about video games being addictive is still being reviewed, there is one prominent group offering help for people wishing to recover from their mmorpg addiction.

Olganon, a group founded by a mother who was found dead at computer playing Evequest, offers a twelve-step program to help the people they describe as mmorpg addicts recover. Many mmorpgs now include timers to help players control the amount of time they spend in game to help combat this problem, and a helpful hint contained in the World of Warcraft start-up tips is to take everything in moderation.

Do People Become Addicted to MMORPGs?

There are players who display the classical signs of addiction or dependency when playing mmorpgs, but mmorpg addiction is not a currently recognized mental illness. Players do sometimes develop an unhealthy obsession with these games.

Many of these individuals ignore other activities to play an mmorpg, but video game addiction is not listed in the DSM-IV. It might be included in future additions once the evidence is weighed or the obsession might be highlight other psychological problems that make an mmorpg player more likely to act as if they were addicted to virtual worlds.

Time Investment as an Element of MMORPG Addiction

A major element in addition to being goal oriented is the amount of time people put into these games. In some cases, people have put years into developing their stats, characters, equipments, and friendships, which can only be maintained by continuing to play the game. Olganon, Nick Yee’s websites and many mmorpg message boards provide anecdotal evidence for the time played being a major factor keeping people from mmorpgs and making it hard to quit these games.

MMORPG Addiction Not Recognized as a Mental Ilnees Yet

MMORPG addiction has not been recognized as a real phenomenon, as the scientific evidence is still being reviewed. Online Gamers Anonymous, a group which patterns itself after Alcohlics Anonymous has treated as real since Online Gamer’s Anonymous’s creation. Many mmorpg players treat the games with skepticism, while the video game designers that create mmorpgs have erred on the side of caution and have included parental controls and timers to monitor an person’s time in their online worlds. 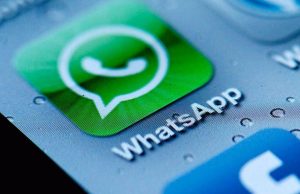 Softwares
WhatsApp has filed a lawsuit against NSO Group for involvement in the WhatsApp hack, a cyberattack that installed spyware in smartphones of...

How to Find and Remove Metadata in Your Document