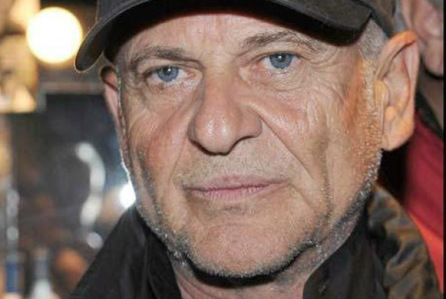 There have been many villains who have graced the screens of Hollywood features in the past but none may be as memorable or feared as Joe Pesci’s Tommy DeVito.

In a list compiled by Premiere magazine focusing on the one hundred greatest movie characters of all time, Joe Pesci’s portrayal of gangster Tommy DeVito in ‘Goodfellas’ (1990) is ranked a remarkable 96th overall. In its comments about the character of Tommy, Premiere notes that: “he is perhaps the single most irredeemable character ever put on film” (April 2004).

In 1986, Nicolas Pileggi, a crime reporter, released a book entitled ‘Wiseguy’. Focusing on the American Mafia, the book details the true life exploits of Henry Hill, who at the age of 11, became an adopted member of the local Mafia faction in his New York neighborhood. The book details thirty years in the life of Hill as his tenure within the mob rises and falls and eventually lands him in the Witness Protection Program.

In the novel, ‘Martin Scorsese: The Making of his Movies’, Scorsese admits that while on the set of his film ‘The Color of Money’ (1986), he came across the novel by Pileggi and was immediately intrigued by the lives of the characters within this story. Having vowed never to revisit the gangster genre, Scorsese convinced himself to return to the screen with his (and co-writer Pileggi’s) adaptation of this novel. Thus, in 1990, one of the greatest films of all time was released.

Starring Robert De Niro and Ray Liotta, Goodfellas was brilliantly brought to life by the exuberant passion of Scorsese. His attention to detail and his visual flair help to make this film one of the quickest and most enjoyable two and a half hour films of all time. The characterizations developed by the actors are rich, intricate and add tremendous depth to the overall impact of the film. However, it is Joe Pesci’s portrayal of the loose cannon, Tommy DeVito, that continues to stand out as one of the most prolific performances of the past twenty years.

The truly frightening aspect surrounding this film is that it is based on a true story. To imagine that someone could act the way Tommy DeVito (actual name is Tommy De Simone) does in the film truly adds a greater sense of unease and despair to the overall reaction one may have after watching this film.

In the novel ‘Gangsters and Goodfellas: The Mob, Witness Protection, and Life on the Run’ written by Henry Hill, Hill admits that the performance of Pesci in the film: “was between 90-95 percent accurate”. According to Hill, there were some liberations taken with the character. Apparently Pesci did not physically resemble the tall, muscular DeSimone, who was only in his teens and twenties during the events depicted in Goodfellas.

However, the incident where Tommy murders Billy Batts (a made man) and his relentless verbal and eventual physical assault upon Spider, the server, was apparently based on fact. Tommy De Simone was hot tempered and “a pure psychopath” according to Hill. De Simone’s temper was widely known and people attempted to avert his presence at all costs but sometimes this simply failed. According to Hill: “DeSimone would murder someone just because he wanted to try out a new firearm and wouldn’t hesitate to use someone as human “target practice” (Gangsters and Goodfellas).

So how does one invoke sympathy for such an unlikable character? Joe Pesci is a wonderful actor and his qualities are top notch as is witnessed by his many years in show business. However, he has been unfairly typecast in recent years and this has unfortunately relegated him to become labelled as a stereotypical Italian gangster caricature. However, he is at his best in this film in which he won his only Academy Award and it is easy to see why.

Pesci’s performance is riveting. There is no other way to describe it. He dominates every scene he is involved in because Tommy is such an unpredictable character. At one moment he is cracking jokes and then all of a sudden he becomes a violent child throwing a tantrum. Pesci controls the screen and it is impossibe to remove one’s eyes from his vibrant performance.

How can one forget the “How am I funny sequence” in which he frightens Henry Hill and the rest of table to such a degree that they begin to fear for Henry Hill’s life. Only after minutes of contemplation does Hill realize that he is joking. The fact is that the audience is left stunned as well. They don’t know whether or not he is joking either. Immediately after this sequence, Tommy feels insulted about being asked to pay his tab. He smashes a bottle over the owner’s head and forces him to flee. The rest of the dining patrons laugh at his actions more out of fear of what he may do to them then out of excitement and amusement.

Pesci’s Tommy has a hair triggered temper and it is set off without hesitation. However, he is deeply indebted to his group of friends or “family” members and is truly devoted to his mother who at one point during the film is awoken by Tommy, Henry (Ray Liotta) and Jimmy (Robert De Niro) and goes about preparing a dinner for them after they have just murdered someone (unaware to her). She is the only person that Tommy actually shows any respect for. He is not a one-note character because Pesci refuses to portray him as one.

Yes, Tommy is an uncontrollable psychopath but Pesci also provides mulitple layers to the character. There is love and loyalty stirring beneath the surface but it is unable to exist as a result of his obsession with power and status. Still, for all that Pesci makes him out to be, Tommy DeVito is still one of the most violent, twisted characters ever imagined. And yet, he is unforgettable.