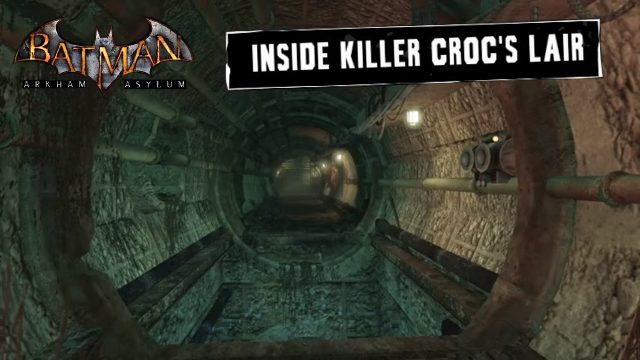 Batman Arkham Asylum is the newest game that pits the titled character against his most fearsome of foes.

How the Story Goes

Joker is on the loose in the Arkham insane asylum for dangerous criminals. Batman must face a handful of his toughest foes as well as some loony goons before he can get to Joker and put an end to his madness.

The main plot appears to be just go and catch Joker but the Clown Prince of Crime has other plans up his sleeve. It appears Joker wanted to get caught and thrown in the asylum as it stores a massive amount of Venom, the steroid that gives the villian Bane his super strength. Joker has the concoction in his sights for some sinister scheme.

This is the basic story of the game and it is in linear fashion. The game is a bit of a mix between Metroid and Zelda, in the sense Batman will need to repeatedly go back to old areas to look for clues, enter a building, battle new villains or acquire new equipment. This can become an annoyance but the landscape does change due to story events giving a feeling of progression.

This action-adventure game has three elements of game play: stealth, fight, and exploration. There are times when Batman will be out numbered in a room full of bad guys. Using gadgets and stealth, Batman can walk away the winner. Add a few brawls, a boss fight and you have the entire game. Rinse and repeat the same three elements when necessary.

Both the PS3 and Xbox 360 versions look terrific. There is little to no problems with the camera and the action flows well. The added detective mode allows for a x-ray type of sensory, which allows the player to notice items, and people as if they were the dark knight himself. The problem is that it is far too tempting to stay in that mode and thus all that pretty graphics are a waste.

Much like Batman Begins: the game, Batman cannot take on armed goons head on. Using the right trigger, Batman will crouch and stealth to enemies take out them out. The stealth takedowns are fun and can be very satisfying. Using a grappling hook to pull off three goons off a balcony is great fun.

The most disappointing battle is the end fight. Without giving too much away, Batman must defeat a bulked up Joker. What could have been a climatic battle just seems too familiar. Through the game Batman deals with pumped up losers from Bane to Killer Croc. When Batman fights this Hulk- Joker it’s a cake walk.

An attractive feature of the game is that it is not based off the movies. This game is in the world of the comics and there are plenty of nods. One of the most obvious would be Batman calling the former Batgirl, Barbara Gordon, Oracle.

The look of the game is very bleak and gritty. Joker’s design seems a mix of the Dark Knight and the 80’s cartoon; Batman is a hulk of a man, which questions how aerobatic he can be; and Harley Quinn should be on the street looking for lonely men.

As a collective experience, Batman Arkham Asylum is an enjoyable, but short . The return of voice actors Mark Hamill and Kevin Conroy are a great bonus for those who grew up watching the animated series. The game play can give rewarding moments but can become repetitive. 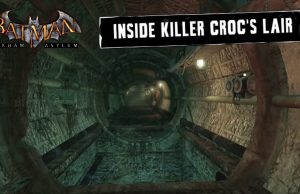 Computers
Batman Arkham Asylum is the newest game that pits the titled character against his most fearsome of foes. How...