As computers are built using delicate electronic parts, liquids will do serious damage to them and care must be taken to ensure that any spilled liquids near a computer are cleaned up as soon as possible. Unfortunately, it is possible for liquids to get inside a desktop or laptop case, and the user must be aware of what can be done to recover their data and repair the machine.

What Kind of Liquid?

Water is the most benign fluid that the average user will have near their computer. Beverages are the most common cause of spills, obviously, but it is also possible for laptops or desktops to be affected by rainwater (a laptop being used outside, or a desktop situated too near an open window). The computer can also be in an area that is too humid.

Laptops are at a far higher risk from liquid damage than desktops. Laptops are designed for mobile use, and being used outside or in coffee shops certainly increases their exposure to liquids. Their design also presents a problem – the electronics that power a laptop are located just underneath the keyboard, where a spill is most likely to strike first.

Some laptops incorporate an interesting anti-spill feature: run-off funnels, located under a watertight keyboard. These holes allow liquid to pass through the laptop and drain out the bottom, without damaging any internal components.

Desktops, by comparison, are kept indoors in relative safety. The user can spill water all over the keyboard, happy in the knowledge that the all-important tower unit is out of the way and only the keyboard needs to be replaced.

The Effects of Liquid Damage

The worst case scenario is liquid being spilled onto a laptop while it is running. It can cause a short circuit inside the machine, which will probably damage its components and render it unrepairable. If the liquid is not all removed from the laptop, it can cause further damage through corrosion.

Damage to the hard drive, where the user’s data is stored, depends entirely on how much liquid got into the machine and whether that liquid got into the drive itself. The hard drive is a simple black box inside the computer, and it is possible for it to be transferred to another working computer if no liquid reached it. However, if it is a certainty that some amount of liquid has gotten into the drive, it is very likely that nothing can be done by the user.

The best solution to liquid damage is to have an off-site back up or an external hard drive back up of the most important data at all times. The primary concern of the user should be to recover the lost data, so it can be transferred to a working computer. It is very, very likely that the damaged computer cannot be recovered and cannot be repaired.

If only a small amount of water has gotten into the computer, it may be possible to dry it out thoroughly and continue using it – assuming it will start up and operate as normal. The user should still plan to transfer all data off the computer as soon as possible, as corrosion may still be an issue as time goes by.

Hard drives that have been damaged by liquid are useless. It is possible for a specialist company to recover the data on the drive, but the expense may make it unfeasible for the home user. In the event that the data must be recovered no matter the cost, the user should immediately seal the drive in an airtight container and deliver it to a specialist as soon as possible. 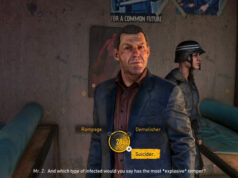 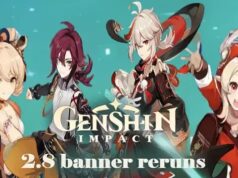 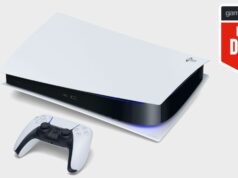 Restock At PS5 Sony Direct Tomorrow! Know All About Time And Other Details… 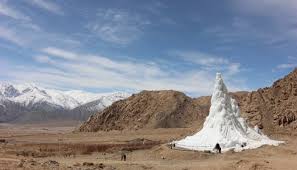 Geoscience
The Himalaya Mountains are best known for their immense peaks, such as the towering Mt. Everest, which stands at 8,848 meters (29,029 feet) above...