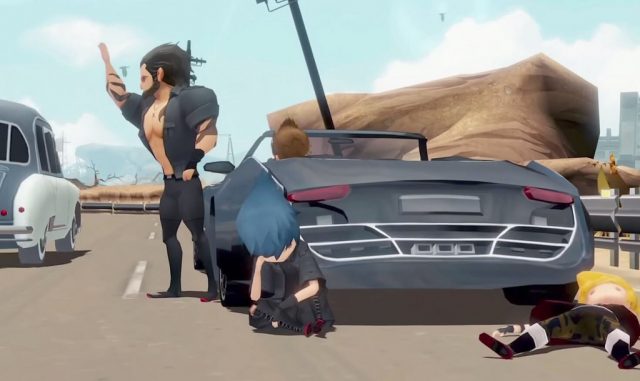 Photo by BagoGames / CC BY

Mobile gaming is a big business, and we’re not just talking about cute mobile-exclusive titles like Angry Birds or Pokemon Go. In the last year or so we have seen a definitive shift from pc-based gaming to mobile gaming and the industry has only just begun. Take ASUS for example. In June of this year, they announced their new ROG phone and let’s just say that it’s a game changer that will give the iPhone X and the Huawei P20 Pro a run for their money.

Such positive moves from hardware manufacturers like ASUS, Apple, and Huawei are the proof that the mobile gaming niche is developing rapidly. So what about the game developers? Well, to answer that, let’s take a look to see how the gaming industry is embracing mobile.

Traditionally, multiplayer games were exclusive to desktops and consoles. This was the way to go because they used so much bandwidth and processing power that an everyday mobile device couldn’t provide. However, with providers now routinely offering all-you-can-eat data packages and mobile devices boasting incredible features that would make a mid-2000s desktop weep, it’s safe to say that things have changed.

Titles such as Fortnite (biggest game of the year) and PlayerUnknown’s Battlegrounds have taken the mobile gaming scene by storm. Developers of both games understood the importance of going mobile and judging by their popularity, both have been proven right. Fortnite’s success is likely to spawn a new age of multiplayer mobile games, and there have even been hushed whispers of Multiplayer behemoth World of Warcraft going mobile.

Online poker has enjoyed a steady rise in popularity over the last 15 years. Ever since Chris Moneymaker (an online poker grinder) won the World Series of Poker Main Event in 2003, players have honed their skills online in preparation for live tournaments with some, even forging successful careers playing only online. It was only a matter of time before they went mobile.

Industry leader PokerStars has embraced the technology and had their first winner on a mobile app back in 2016. Since then, they have enjoyed massive success with many of their competitors jumping on the bandwagon and developing mobile apps of their own. In fact, a mobile app for an online poker provider’s platform is now considered a must-have.


Photo by BagoGames / CC BY

Since their humble beginnings on desktops, RPGs have made the obvious leap to consoles before finally landing on our mobile devices. The biggest title to take that final step from console to mobile is, of course, Final Fantasy. The epic adventure game is now available on both Android and iOS. Although it’s a lighter version than the release for consoles and PCs, the fact that Square Enix even bothered with a mobile release is a clear indication of where this genre is ultimately heading.

And it’s not just the legendary Final Fantasy series. Other popular console titles that we can now find on mobile include Titan Quest, 7 Mages, and the incredible Star Wars: Knights of the Old Republic. There is also a myriad of other titles created exclusively for mobile, but the fact that these console classics have joined them on Google Play and the App Store is notable.

Many years ago there were diehard PC fans who thought that due to their lack of connectivity, consoles would never challenge online desktop titles. And now there are many console fans who find themselves thinking the same thoughts about mobile devices. But the truth is that on the whole, the world is going mobile. From work emails to bill payments, the average person handles a great deal of their daily business on a mobile device.

And so it’s only a matter of time before gamers join them en masse. For their part, the gaming industry has started the process of fully embracing mobile, with hardware and software developers catering to this targeted niche. Now, all we’re waiting for is the gamers themselves to make that final leap.