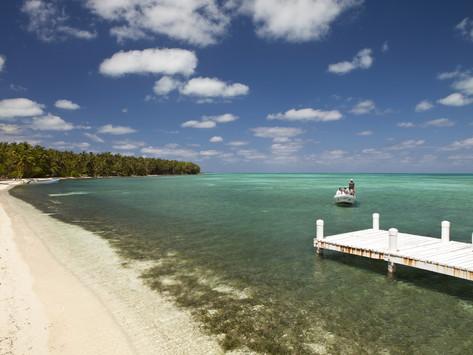 The Half Moon Caye Natural Monument was established as Belize’s first protected area in 1928 to protect the Red-footed Booby colony. The booby colony in this region is extraordinary in that it has a 98% predominance of the white color phase. An island near Tobago is the only other area that has this similarity.

In addition to the Boobies, there is the Magnificent Frigate Bird, the Great-Tailed Grakel, the Cinnamon Hummingbird and the White Crowned Pigeon, most of which can be viewed on an observation deck.

In 1982, the Half Moon Caye Natural Monument became the first reserve to be created under the National Parks System Act of 1981 and in 1996 it was declared a World Heritage Site.

The Caye is approximately 45 acres in size and is about 8 feet above sea level. There is a spectacular fringing reef and lagoon surrounding it. There is also a Caye Wall that is described by some as “6,000 feet of vertical abyss” that includes a system of reefs with ocean life that looks like something from a postcard.

There are two distinctive ecosystems of the Half Moon Caye Natural Monument. The western area consists of rich vegetation made possible by the guano from thousands of birds, including of course the Red-footed Booby. The eastern side, sometimes called “paradise island”, however, is low on vegetation but instead consists mostly of palm trees. On these white beaches are where turtles come up to nest.

There is a Visitor’s Center, a picnic area, natural walk trails throughout the island. 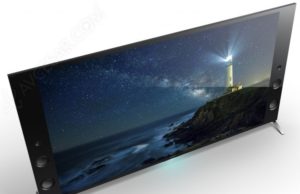 Gadgets
Why To Buy 2017 HDR TVs Instead Of 2016 Counterparts (Part I) OLED TVs The 2017 OLED TVs are expected to come with a surprisingly decent...