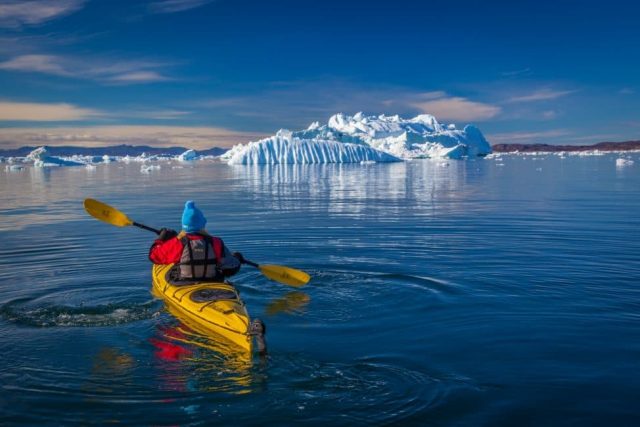 Greenland is a land of snow and ice: Greenland’s giant ice sheet covers an area of nearly 1.8 million square kilometers. The ice sheet has covered large parts of Greenland for the last two to three million years and at its highest point it is around 3000 metres thick, but the ice is melting at an increasing pace.

Located between the Arctic and the Atlantic Oceans, Greenland is the world’s largest island, but it sparsely populated: Greenland’s population is just over 55 000 and mainly Inuit. Around a quarter of the population lives in Greenland’s capital Nuuk. Greenland is part of Denmark but is an autonomous region with its own parliament.

Things to See and Do in Greenland

Greenland offers cruises through the stunning scenery in the icy waters around the island, trips to the ice sheet and visits to glaciers, opportunities to see the Midnight Sun and the Northern Lights, Viking settlers’ ruins from a thousand years ago and a chance to see traditional Inuit culture and way of life. Several species of whales can be seen on whale-watching tours around Greenland, and Greenland is also home to seals and walruses, polar bears, musk oxen and reindeer. Activities and sports available in Greenland include helicopter rides, dog sledge tours, heliskiing, mountaineering, paragliding, hiking, skiing, fishing and kayaking.

Greenland’s Climate and When to Visit Greenland

The season for skiing in Greenland is from February to April and the best time for whale-watching tours is from January to June. The Midnight Sun in Greenland can be seen north of the Polar Circle in the summer, and in some locations in Greenland, such as Ilulissat, the sun does not set at all between late May and late July. The Northern Lights can be seen in Greenland around the year. 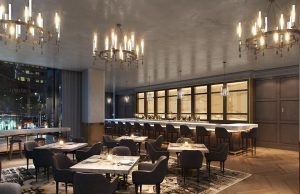 Lifestyle
The Capital of Minnesota is Saint Paul,one of the Twin Cities of St. Paul and Minneapolis. The historic city attracts tourists, business...