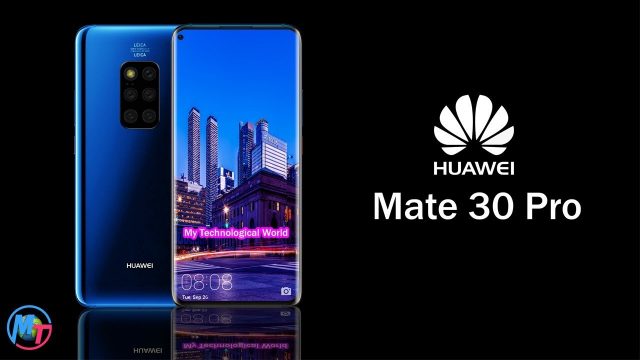 Here are some leaked images of Huawei Mate 30 Pro. Say hello to the upcoming flagship with the unofficial images circulated on Weibo, the Chinese social media online platform.

However, the new leaks do not match with the earlier photos shared on social media. Then the display cut-out was similar to that of Samsung.

If believed to the new leaked photos the Huawei Mate 30 Pro is to come with a 6.7-inch screen, a Kirin 985 processor and a 5G modem. The phone is said could come equipped with a quad-lens camera.

Meanwhile, Huawei is currently dealing with a threat of losing access to Android due to tensions with United States. If not, the smartphone could be powered by Android Q.

Apart from all these, if the Chinese technology giant stick with a wider front-facing notch to accommodate some advanced camera technology, the design would be something similar to the Huawei Mate 20 Pro, which was a favorite to may last year.

But Huawei is under pressure to come up with a better successor.

If all goes well, Huawei may launch the Mate 30 Pro by October.