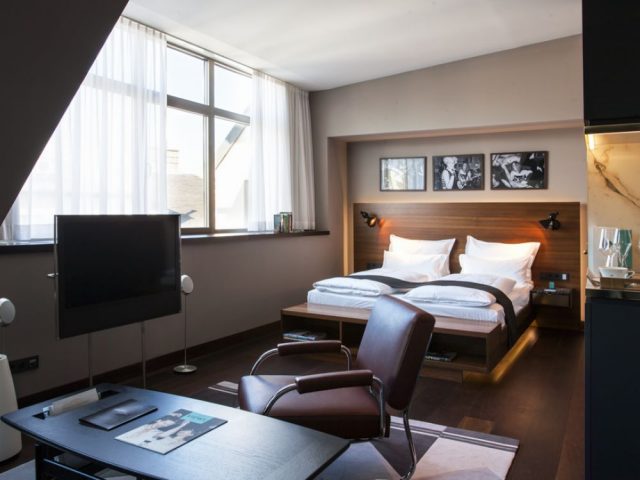 Vienna, the Austria’s capital, was home of the Habsburg dynasty for many centuries. It was also cultural, economic, and political centre. Today travellers are visiting Vienna to see historical buildings, museums and galleries. Most of them are situated in the city center, in the first district, as well as the most boutique hotels offering an outstanding luxury stay.

Staying in Hotel Sacher means staying in a the city center in a hotel with a history. It was opened in 1876 by Eduard Sacher, the son of the creator of the famous Sacher Torte, an unique chocolate cake. Since that time many famous people stayed there – Queen Elisabeth II., John F. Kennedy or Leonard Bernstein.

The hotel is situated in the historical city center opposite the Opera House. The shopping zone Kärntner Straße, St. Stephen’s Cathedral and Hofburg Palace are very close to it too.

Sacher Spa directly in the hotel offers not only massages but also luxury chocolate treatments.

The stay in the luxury Imperial Hotel guarantees the feeling to be a princess. The surroundings were created in 1863 as the Viennese residence of the price of Württemberg. His palace has been transformed into the Hotel Imperial in 1873.

In 2008 it has been awarded by Condé Nast Traveler as Best Hotel in the World. This hotel is definitely worth its award! The hotel’s imperial elegance can be seen in every of the 138 spacious and highly individual rooms.

Small Luxury Hotel Das Tyrol
With its central location on the longest shopping street in the city is Das Tyrol one of the best choices where to stay in Vienna. Art History and Natural History Museums are in a walking distance as well as other Viennese sights. The hotel has been renovated in summer 2009. The guests can spend the time also in wellness center. Only 30 rooms and suites of the hotel provide a home-style atmosphere surrounded by original works by austrian and international artists.

Ring Hotel
The Ring is the most fashionable design hotel in Vienna. Casual luxury and comfort can be seen on every detail in its 68 elegant rooms and suites. In this hotel the new meets the old: historical facade is blended with an ultra modern interior. The guests can enjoy the view on the Opera House directly from the windows. The hotel’s central location makes the hotel interesting not only for businessmen, but also for travellers looking for luxury in the city center. The Ring Day Spa on the 7th floor offers sauna, steambath and fitness.

Grand Hotel
Travellers who want to stay in the heart of Vienna close to Vienna State Opera and Albertina Museum can stay in Grand Hotel. The hotel reminds their guests of the age of Austro-Hungarian Empire in the luxury accomodation. Since its opening in 1870 this hotel has been famous as a center of Viennese social life. The hotel is promissing to meet your “Grand” expectations in luxury accomodation, gourmet cuisine and service.

Nintendo confirmed venturing on 5G but with caution 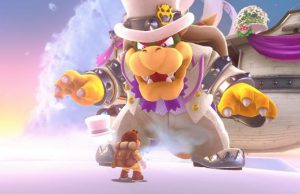 Computers
Nintendo is learned to be venturing on 5G technology clubbed with cloud streaming, but its representatives said during the recent 79th Annual...

Museums of Science in St. Petersburg