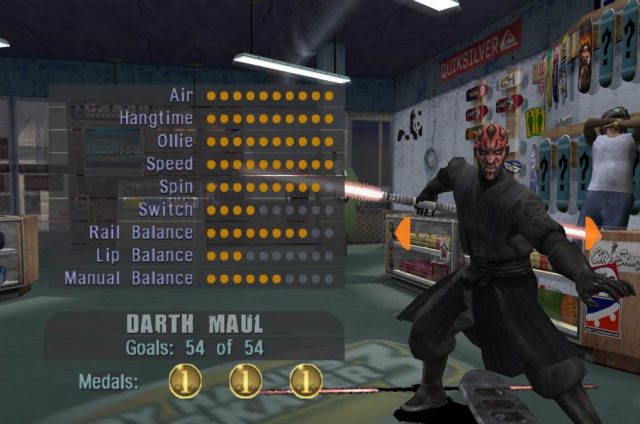 The action adventure game set in the Star Wars universe was released in September 2008 amid a major marketing push that rivaled the hype brewed up for that year’s other big release, GTA 4.

Despite unimpressive review scores hovering around 70 per cent on the next-gen consoles, according to Gamerankings.com, The Force Unleashed still sold like gangbusters, with 1.5 million copies sold worldwide in the game’s first week.

This achievement alone established The Force Unleashed as the fastest selling Star Wars game in history, according to Lucasfilm, parent company of developer LucasArts.

The hot game has sold another 4.2 million units since that opening week frenzy, Lucasfilm announced Feb. 12, 2009.

It should be noted this latest Star Wars iteration has had a clear advantage over past games that have used the popular George Lucas licence. Released on the Xbox 360, PlayStation 3, Nintendo Wii, Nintendo DS, PlayStation Portable, PlayStation 2, and various mobile devices, it’s apparent The Force Unleashed has enjoyed a much broader reach and audience than previous Star Wars games.

Before its release, the game’s demo also set a record for number of downloads on the Xbox 360’s Xbox Live online service. More than one million gamers downloaded the playable demo as they sought to get an early taste of the next chapter in the Star Wars saga.

Set after the “Clone Wars” in the Star Wars storyline, The Force Unleashed bucks the trend of past Star Wars games by allowing the player to take on the role of the outright bad guy for a change.

As Darth Vader’s secret apprentice, the player is tasked with slaying the last remnants of the Jedi order, and wreaking general havoc on the game’s surroundings and innocent characters.

While the game features an outstanding physics engine that allows players to use a variety of “Force” powers to inflict destruction upon foes and manipulate the environment, it’s the game’s story that has garnered the most praise by far.

Many reviews have cited the unexpected tale of a dark apprentice who goes on to redeem himself as one of the best stories to be told in a Star Wars game. In early February, The Force Unleashed was recognized for its epic story as it was awarded the second annual Video Game Writing Award from the Writers Guild of America. 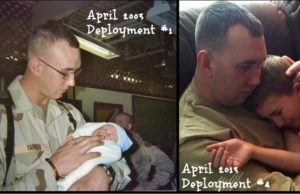 Lifestyle
There are many difficult emotions and fears when a soldier is at war, and through processing those emotions and being honest it will help...