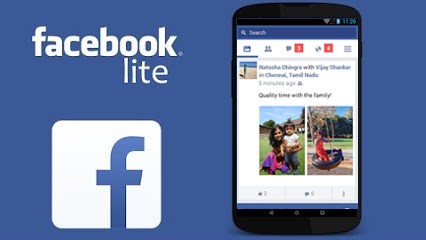 Facebook launched today Messenger Lite app and said to be useful for those who are using mobile internet connections in the emerging market.

The social giant described the app as slimmed down version of Messenger and is specifically designed for basic Android phones which are equipped low storage. As of now it is rolled out in Kenya, Tunisia, Malaysia, Sri Lanka and Venezuela. In coming months the app could be experienced in some other markets too.

With a blog post announcement Facebook has again resumed its efforts of expanding reach in the developing countries.

The Lite version is a stripped-down version of Facebook’s flagship app as well as Free Basics, which was touted as “next billion” users in emerging markets.

Features offered in the new version is same as Messenger to allow sending and receiving texts, photos, and links along with receiving of stickers. It is learned to be fast and easy to download. It is just of size below 10MB.

Messenger Lite Engineer Manager Tom Mulcahy said, “With Messenger Lite, more people can stay in contact, regardless of network conditions or storage limitations on their Android devices… Messenger Lite was built to give people a great Messenger experience, no matter what technology they use or have access to.”

How More Ads In News Feed Keeping Off Users From Facebook