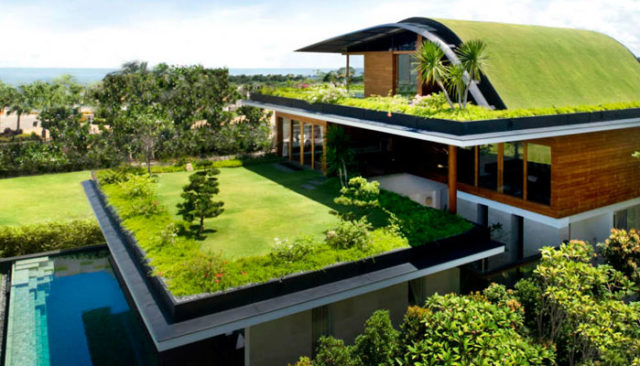 As climate change and political unrest in the Middle East are tied to the use of oil, the public is becoming increasingly aware and willing to investigate green alternatives to their everyday needs. When almost 40 percent of the United State’s carbon output is produced by residential and commercial buildings, it’s no wonder that green architecture is growing in popularity.

Architect Eric Freed wrote in Green Building and Remodeling for Dummies (Wiley Publishing, 2008), “New market studies are released each month showing that a majority of people would be willing to pay more for green building features — and even more for healthy features. The surging media interest in green building, the rise of new green-themed magazines, and the increasing number of new green materials all show how much in demand green building has become.”

A Sustainable Community in Malmo

Malmo Sweden’s Turning Torso Residential Tower is a prime example for self-sufficient, energy-independent, residential apartment buildings. A feature on Design-BuildNetwork.com called “Turning Torso Residential Tower” (accessed March 4, 2010) says part of the success belongs to Malmo itself, which has been supportive of the project. “Sweden has perhaps the most far-reaching environmental legislation in Europe,” it says and, “Western Harbour is being promoted as a global leader in urban sustainability.”

The $223.5 million Turning Torso Residential Tower contracts 100 percent renewable energy for its use, obtained from locally provided solar, wind, bedrock and water power. The security system and double water systems have their own power supply. Even organic waste produced in the building is compacted and transported for decomposition and biogas production.