For tourists wishing to see Europe by train, Eurail passes (or Eurorail passes, named for the company that issues them) can save them money. A Eurail Select Pass may be the best option for visitors traveling through numerous European countries.

What is a Eurail Select Pass?

The Eurail Select Pass allows travel within three, four, or five bordering countries that are part of the Eurail system (including nearly all in Western Europe and many in Eastern Europe). Select Passes allow between five and fifteen travel days within a two-month period.

Prices for Eurail Select Passes depend on which combination of countries and travel times pass holders choose. There are also discounts for pass holders who are under 26 years old (eligible for a Youth Pass) or who travel as part of a group (Saver Pass).

Advantages of a Eurail Select Pass

Eurail Select Passes allow travelers to save on train trips, as the cost of individual train tickets can be much higher than that of the pass. Select Passes are also convenient, as passengers need not worry about catching particular trains, as long as they avoid those requiring a reservation (such as high-speed trains).

Like other Eurail passes, the Select Pass makes holders eligible for other travel discounts. These include reductions on overnight trains, special rates at certain hotels and hostels, and discounts on ferries that go between Eurail countries.

Disadvantages of a Eurail Select Pass

However, to get the best deal from a Eurail Select Pass, a bit of planning is necessary. Travelers must have a good idea of which countries they wish to visit, and in what time frame, before beginning their trip.

Those who only want to travel within two countries (to see the art of Italy and Greece, for instance) should get a Regional Pass. Those visiting non-contiguous countries, on the other hand, will need a Global Pass (Flexi).

Also, Select Pass holders must keep track of their travel days, marking on the pass when they begin a new one. Those caught traveling without properly validated passes are subject to penalties.

Travelers who wish to travel between a large number of European countries, and/or to travel often within those countries, would be better off with a Global Pass (Continuous). Although it’s the most expensive Eurail pass, it allows unlimited rail travel over a specified time period.

A Eurail Select Pass can therefore be a great way to save money on European train travel. But travelers need to consider the duration and range of their trip, as well as the other perks and conveniences, before choosing it over other train passes from Eurorail.

What Is Professional Cellulite Treatments 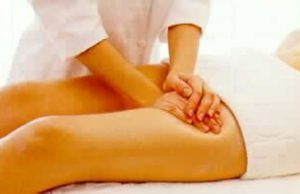 Health
Endermologie is a very popular cellulite treatment in Europe and approved by the FDA in the U.S. as an effective treatment to reduce cellulite....

Wildlife Safaris: Where to Go

Why Won’t My Eye Contacts Stop Bothering Me