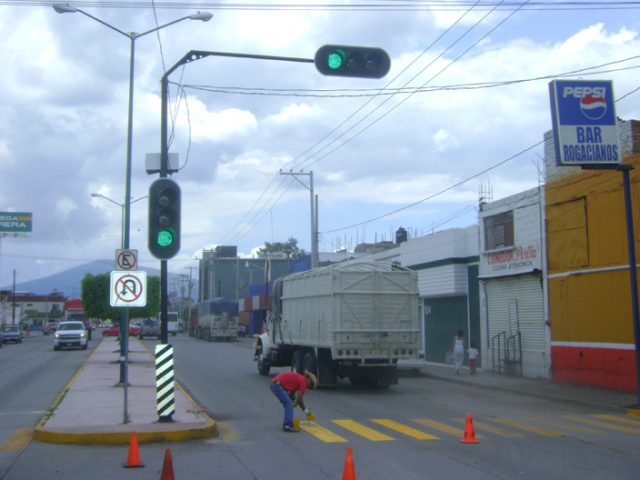 Safe driving in Mexico requires an understanding of common and important highway signs. In addition, traffic signals and warning lights differ from those found in North America, and even stop signs aren’t always mandatory.

Mexican stop signs look like the same eight-sided signs found north of the border, with the Spanish word for stop (ALTO) centered on the sign. However, drivers in Mexico are far more likely to slow down at stop signs than to actually stop, and the tourist that doesn’t adapt to local practice runs the risk of a collision. Likewise, don’t assume that a driver approaching a stop-signed intersection you have entered is going to stop. As with many other aspects of driving in Mexico, tourist drivers should constantly observe local drivers and act accordingly.

This disregard for stopping is usually followed at signed railroad crossings, as well, although all drivers would be well-advised to come to a stop. Few of these have crossing bars, and Mexican trains can seem to appear out of nowhere.

Enforced stops are required in some cases, such as military, police and agricultural check points. These are usually announced in advance (“All vehicles stop 500 meters ahead”), and typically add the word “total” to “alto”.

Smaller towns and villages use speed bumps (topes) to control the speed of traffic, but you will find traffic signals (semaforos) in larger towns and cities. Unlike stop signs, traffic signals are more likely to be enforced, and Mexican drivers follow the rules. Signal lights sometimes are obscured by other signs or simply not obvious. Once you enter a town large enough to use traffic signals, take a good look above and to the sides of each intersection. As always in Mexico, it is helpful to follow the lead of other drivers. Note also that signals in Mexico blink before changing, so prepare to stop if you are approaching an intersection with a blinking green light.

Flashing lights are used, as in the U.S., to warn drivers of approaching congested areas, dangerous intersections and the like. However, unlike in the U.S., flashing red lights carry the same meaning as flashing yellow lights, and in fact are often used together, cautioning drivers but not requiring a stop.

The Use of Left Turn Signals in Mexico

Left turn signals, whether on traffic lights or from the car ahead, can be a special challenge for tourist drivers. Left turn lanes sometimes are found to the left of all other lanes, as in the U.S. However, just as often they are found to the far right of all other lanes. Puerto Vallarta is an example of this, where most left turns from the main northern route into the city are made from a lateral road to the right of the highway. This can be problematic if you are approaching a left turn in heavy traffic, so once again be aware of traffic and signal light placement before you need to turn.

Driving through Mexico is a great way to see the country, but tourists unfamiliar with Mexican driving customs should learn the differences and pay close attention to local drivers.

Tips for Traveling Europe in the Spring 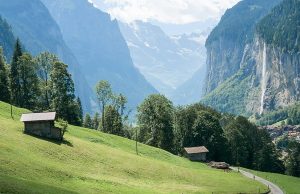 Lifestyle
Backpacking in Europe is usually thought of as a summer trek, however many tourists chose to take advantage of smaller crowds and...