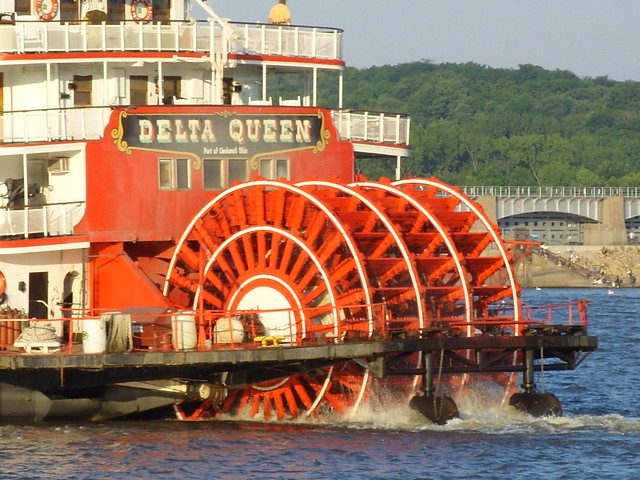 The Delta Queen is an American riverboat that started her long career in 1927. She in one of just a small handful of surviving paddle wheelers that have traversed the Mississippi and Ohio Rivers.

According to River Lore, the riverboat was haunted by the ghost of Mary B. “Ma” Greene, who is the woman who co-founded the Delta Queen Steamboat Company. “Ma” was a avid temperance backer who forbade the sale of liquor aboard the family vessels. “Ma” Green has the distinction of being the first licensed female river boat pilot.

In the American era of steam boating, over 11,000 paddle wheelers traveled the Mississippi and Ohio Rivers in America. The Delta Queen takes people back into an era when steamboats traveled through America’s heartland and the Old South.

The Delta Queen’s riverboat career started in 1927. The paddle wheeler worked a shuttle route on the Sacramento River. During World War II the ship was commandeered by the U.S. Navy, painted gray and used to shuttle military personnel to ships in San Francisco Bay.

Unique features of the Delta Queen include a rare ironwood floor in the Orleans Room and a 1897 steam calliope salvaged from a sunken showboat and sold to a circus. The Delta Queen rings the same bell that sounded out the landing used for a cruise that Mark Twain rode on in 1883.

Guests of the boat receive Old Southern hospitality, with three meals daily, including a five course dinner every night. There are three lounges on board, including the Betty Blake Lounge, Forward Cabin Lounge and the Texas Lounge.

U.S. Port cities include New Orleans, Galveston, Memphis, Cincinnati, Pittsburgh, Louisville, Nashville and St. Louis. Guests of the riverboat enjoy the experience of going to bed in one riverfront city and waking up in another.

The Delta Queen holds the distinction of being the only floating Historic Hotel of America. The Delta Queen was inducted into the National Maritime Hall of Fame in 2004.

A Romantic Weekend in Cleveland 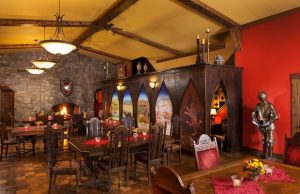 Lifestyle
Valentine's Day is the most romantic of all holidays. Consequently, many choose this day to propose marriage, while others view it as...

Which Places Can Help In Igniting Affairs (Part II)