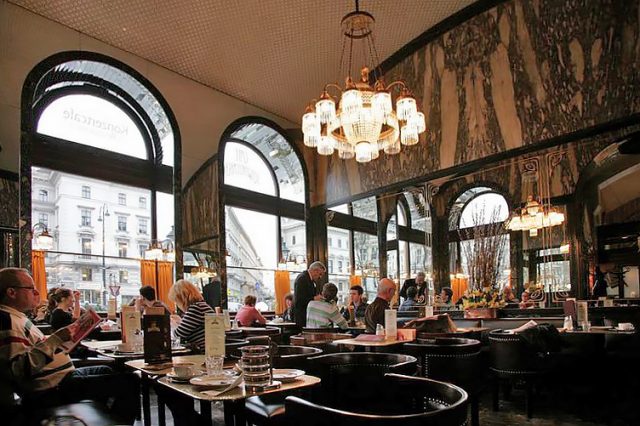 There is no more refined a way to a pass few hours on an Austrian jaunt than spending time in a Viennese café or kaffeehaus. At last count the city of Vienna, which has been repeatedly listed at the top of the European pack for quality of life, boasted dozens of seriously high-end venues where one can relax over a brew as long as they like. The most popular beverage is the melange, something between a latte and a cappuccino, served in a squat cup on a silver tray with an obligatory glass of water on the side.

Expansive, solemn and typically tastefully decorated in authentic jugensthil pieces, these coffee houses – where it is considered perfectly normal for a patron to linger for hours and over a newspaper or book – are a far cry from cramped hole-in-the wall coffee dispensaries and sidewalk cafés in other European cities.

Since the late 19th century the Viennese coffee house has been the traditional haunt of the literati. This is where they have met to exchange ideas and to write. Writing composed in cafés is often referred to as coffee house literature; the authors as coffee house poets. The list of such luminaries includes Arthur Schitzler, author of Dream Novella, upon which the Stanley Kubrick film Eyes Wide Shut was based, artist Gustav Klimt and poet Peter Altenberg, who famously had his mail delivered to his favourite, Café Central.

Bouncing Back From ‘Coffee House Death’

The tradition of the Viennese coffee house is generally considered to have been started by Greek expatriate Johannes Theodat in 1685. In the 1950s a bleak period of ‘coffee house death’ or Kaffeehaussterben occurred. Perhaps due to the burgeoning popularity of television and modern espresso bars, many famous cafes were forced to close their doors. But recently, due to renewed interest in these classic Viennese spots and their history, a much-welcomed coffee house comeback occurred.

Here are some of the best to experience a bit of true Viennese kaffeehaus atmosphere.

Café Landtmann: A more subdued milieu and father of psychoanalysis Sigmund Freud’s favorite. The perfect place to ponder the maze of the human mind over a melange.

Kaffee Alt Wien: Considered one of the city’s most chic coffee houses. In 1976 the backdrop for a notable happening by Viennese artist Gottfried Helnwein, it still attracts bizarre Bohemian characters to this day.

Café Braunerhof: Favourite of Thomas Bernhard, considered among the most important German authors of the post-war era, and offering the largest daily collection of newspapers in the city. Of a Saturday it offers live music with a small orchestra playing waltzes. 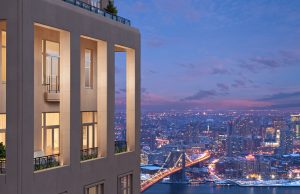 Lifestyle
There are several top-rated, terrific luxury hotels in New York City. 4- and 5-star hotels in NYC are distinguished not just by...