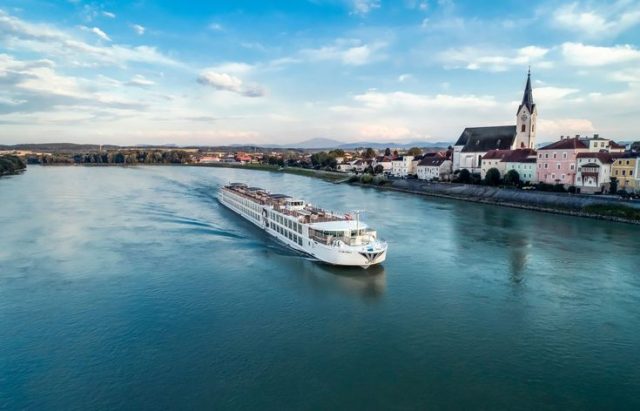 How do you choose the right product? The boats all look pretty similar – long, thin and low-slung, built to fit under the many bridges crossing Europe’s rivers and canals. As a result, there’s a limit to what facilities they can fit on board, unlike their ocean-going sisters. The differences are more subtle and lie in the food, service – and the other passengers. Here are four of Europe’s finest:

The fastest growing river cruise line in Europe, AMAWaterways has built six new ships in three years, launching the luxurious 148-passenger MS Amadolce in May 2009. Like its sisters, MS Amadolce features complimentary Wi-Fi; spacious, cabins, 82% of which have French balconies; plush bedding with down duvets; flat-screen TVs; complimentary Internet access; terry robes and slippers. Gourmet meals in the restaurant are accompanied by free-flowing complimentary local wines. There’s also a gym, beauty salon, whirlpool, walking track on the Sun Deck and a fleet of bicycles for passenger use. Complimentary tours are included at every destination.

The company also operates river cruises on the Volga-Baltic Waterway from Moscow to St. Petersburg; Portugal’s Douro River Valley; and the Rhone.

Viking River Cruises is the world’s largest river operator, with 21 vessels and special features like Christmas and New Year cruises on the Rhine, Seine and Danube. The fleet is expanding fast; the newest addition is the 189-passenger Viking Legend, launched this spring. Expect fellow guests to be from all over the world, English and non-English speaking and aged 50-plus.

Excursions (at least one per port) are included in the price and there’s free Wi-Fi on board, although drinks cost extra.

Viking is particularly strong in Russia, where it has the newest vessels and the highest service standards, offering cruises between Moscow and St Petersburg, some also extending into Ukraine.

Uniworld appeals to a broader age group than some of its competitors and even has a family programme on select itineraries in summer. Food and service are geared to American tastes.

The company operates ten ships in Europe on the Rhine, Moselle, Danube, Rhine, Rhone, Saone and Seine. There’s also a ship based in the Douro in Portugal.

The new River Beatrice launched in March 2009 and will offer Danube cruises with features more typical of an ocean-going ship – fitness centre, spa, Jacuzzi, library, shop and French balconies in 80% of cabins. Perks include all shore excursions included in the price, drinks with dinner, dining on deck on fine evenings, a fleet of bicycles for guests’ use and L’Occitane goodies in the bathrooms.

German-owned Peter Deilmann, one of the longest-established operators, puts the emphasis on luxury and top-notch service on its eight ships, which include the Mozart, regarded as the swankiest vessel on any European river, offering six meals daily, lavish dinner menus and even an indoor pool. On all the ships, though, the public rooms are elaborate, with gorgeous, elegant art deco touches.

This year, there are options to join the cruise (from the UK for UK passengers or Americans flying into London) by rail, as well as themed music and cycling cruises. Excursions are included but drinks cost extra. 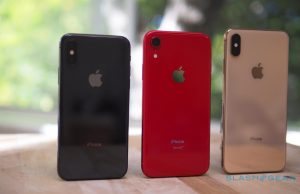 Smartphones
This is the perfect time to renew your mobile phone. At this month of the year the deals are hottest. We have...

How Adjustable Dumbbells Are Versatile

Winter Family Getaways in Northeastern US