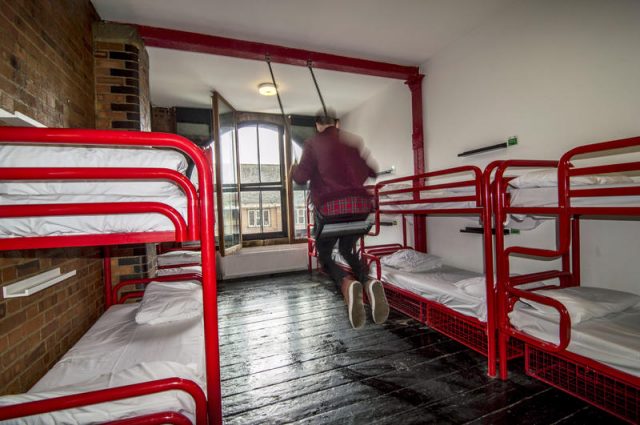 It’s a long time since Arthur Frommer told visitors how to see Europe on $5 a day but his daughter Pauline keeps up the tradition in her recent series of budget travel guides. Cheap hostels, YHAs, and YMCAs are among the London accommodation suggestions, in this guide which promises to help travelers ‘spend less see more’ in one of the most expensive cities in the world.

Accommodation here is especially expensive, but there are some good and cheap London hotels, as well as hostels, to help save money in these recessionary times. This Frommer’s guide does a good job in steering readers to them, with listings for the less expensive hotel chains like Premier Inn, Ciradines, Ibis, and Travelodge, as well as youth hostels, YMCAs, easyHotels, and friendly family guesthouses.

Gordon Ramsay’s isn’t listed in this Frommer’s London guide, but the excellent Gordon’s Wine Bar near Charing Cross Station is. Across the River in Southwark the marvellous George Inn provides both history and good value. London cafés and the great British fish and chip shop are also excellent ways to eat cheap in London – all covered in Frommer’s restaurant listings.

As well as pubs, some of the best and cheapest food in London is to be found in the ethnic restaurants. Indian eating places like the Bhelpoori House in Chapel Market (described as ‘probably the best meal value in London’), and restaurant chains like Wagamama and Yo! Sushi are also all listed here.

Pauline Frommer’s London does also list all the top London tourist sights, the places visitors will want to see whatever the price. It may cost £17 to see the Tower of London and £16 to take a trip on the London Eye, but those are the splurges every visitor must make. Many other London attractions are free, including the British Museum, National Gallery, National Portrait Gallery, Tate Modern, Tate Britain, the Victoria and Albert Museum, Natural History Museum, and the Science Museum. And it costs nothing to look at Buckingham Palace, Big Ben, and the Houses of Parliament.

Watching a debate in the Houses of Parliament is one of the many excellent suggestions in a chapter headed The ‘Other’ London. This takes visitors behind the scenes in places like the BBC and the National Theatre, and explains how to see the workings of the Old Bailey and City Hall. Most of these are either free or inexpensive, and they’re guaranteed to give visitors the feeling that they’ve seen something of London not everyone sees. This chapter is reason alone to buy the guidebook.

How to Make Kids Want to Play Outside 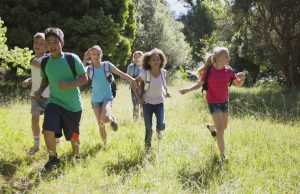 Lifestyle
Safety concerns and the increase of passive indoor activities for children such as television, computers, and video games have led to many...