It’s a fallacy that American dollars rule when shopping in Oaxaca, or other cities in Mexico for that matter. In fact, the opposite usually holds true. That is, when making purchases in Oaxaca using US currency, one tends to receive a less than optimum exchange rate. Vendors will at times do a very rough calculation, selling at 10 or 11 pesos to the dollar, rather than at the bank rate of 12 or 13. Certainly buying with US dollars is acceptable, but doing so will not yield the best result. Accordingly, changing one’s home currency into pesos is advisable if one chooses to travel with cash as opposed to using an ATM in Oaxaca.

As suggested above, one is generally better off using pesos rather than US dollars to make purchases in Oaxaca. And while US dollars are accepted virtually everywhere, the same does not often hold true for other currencies when it comes to buying goods and services.

In terms of other foreign currencies, there are casas de cambio (exchange houses) in downtown Oaxaca for changing several currencies. However they are in far greater abundance at the airport in Mexico City, offering attractive exchange rates for virtually all major currencies. The rate of exchange is generally best on the ground level of the Mexico City airport, once customs is cleared, along the extensive strip of shops and businesses where one either exits the airport or prepares to enter the domestic flights area.

Generally speaking, the rate for changing US or Canadian dollars into pesos is better in the Mexico City airport than it is anywhere in Oaxaca, although the difference is not that great.

Rates of exchange are clearly posted at casas de cambio and at banks, often viewable from the street. Remember that 12.05 is not all that different from 12.75, when one is changing $100 USD; one ought to factor time into the equation. In other words, consider the lineup at both banks and casas de cambio before deciding to go for the best rate. On a brief vacation to Oaxaca, there are better things to do than wait in a lineup to save a dollar or two.

One cannot state as a general rule that banks as opposed to exchange houses provide the best rate. But what is a good rule of thumb is to proceed with the assumption that some bank branches will only exchange US dollars, while casas de cambio will exchange all major currencies.

One suburban branch of HSBC changed policy in 2009, and while continuing to post the exchange rate for US dollars, totally ceased its money exchange business. Therefore one cannot always be assured that currency exchange will be available at all bank branches in Oaxaca.

Abundance of Banks and Exchange Houses in Oaxaca for Changing Money

In downtown Oaxaca, within about three blocks of the zócalo, the city’s central square, there are no less than five locations at which one can change money. There are two casas de cambio on Calle Hidalgo, and three banks along Calle Independencia, and more.

In the suburbs, and even in the central valleys of Oaxaca, there are several financial institutions where one can exchange dollars for pesos. Outside of the city, however, it’s often the case that US dollars and no other currency will be accepted for exchange.

Notwithstanding the foregoing, one should note changes to Mexican rules and regulations regarding chaning money in banks, having been implemented in some financial institutions as of May, 2010.

And Finally, Arrival at the Airport in Oaxaca
In the past, there has been a casa de cambio at the airport in Oaxaca. However one cannot be assured that there will be one, or if there is that it will be open, at any given vacation time. That’s just the way it is in Oaxaca. Therefore, if one wishes to have local currency at the beginning of one’s visit to the city, and will not have enough time at the airport in Mexico City to exchange funds, it’s best to change a bit of money into pesos before departing for vacation. Alternatively, if traveling on Continental to Oaxaca via Houston, one can exchange funds at the Houston airport.

Married Couple May Renew Wedding Vows to Mark an Anniversary 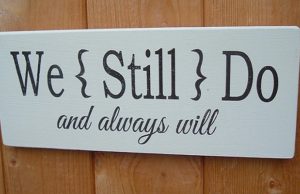 Lifestyle
Wedding vows are a personal and profound part of any marriage ceremony, so renewing vows is a special way to commemorate an anniversary, celebrate...