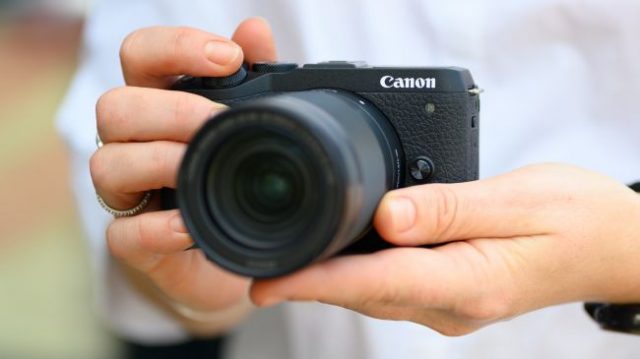 Canon has housed its new EOS M6 II with 32.5MP camera that can shoot 4K video and has the capacity of 30fps. It is equipped with a new high-resolution APS-C sensor and a hotshoe to help mount an external viewfinder.

The latest mirrorless additions from the stable of Canon come with a new processor, DIGIC 8 processing power, to help deliver gains to video recording. Take a note that the original EOS M6 version just captured video to a max of Full HD resolution. In the EOS M6 both 4K as well as Full HD video recording is possible.

The processor also helps the sensor to fire bursts of images at 14fps. It can also be increased to 30fps with Raw Burst Shooting mode.

The Canon EOS M6 II comes with a 3-inch tilting touchscreen and it is joint by a mic port. Probably the manufacturer wants to lure vloggers with such feature.

In the new camera users can set Eye Detection AF for stills as well as videos. It also comes with Bluetooth, in-camera raw processing, Wi-Fi, UHS-II support in the single SDHC/SDXC card slot.

It is learned the camera to come with a price tag of 869.99 pound (body-only price) in Europe and to hit the shelves by the end of next month.

In North America the Canon EOS M6 II is to cost $850. Price tag for Australia has not yet been disclosed, but it could be at the retailer’s discretion.

Why Buy a Mac