PayPal has come up with a Slack app, which is a new bot that is aimed at making payment between colleagues of a company or members of a group easier without leaving the preferred work chat platform.

The new bot for Slack is a potential five-word solution to money-shifting problem. It is as easy as typing in the Slack chat like below:

Before the members or colleagues start sending and receiving money, it is important to get the bot approved by Slack administrator.

Cnet writes if the payment is made through a credit card, a $0.45 surcharge is charged for a transaction of $5.

Currently the PayPal bot for Slack is only made available in United States, Unioted Kingdom, Canada and Australia. In France a similar bot named LydiaBot is being used. 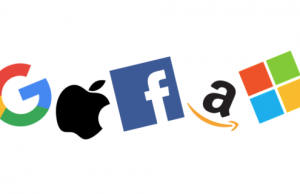 Finance
Not a long ago, on February 19, U.S. stocks shut at a record high, and four big tech companies drove the said rally, each...