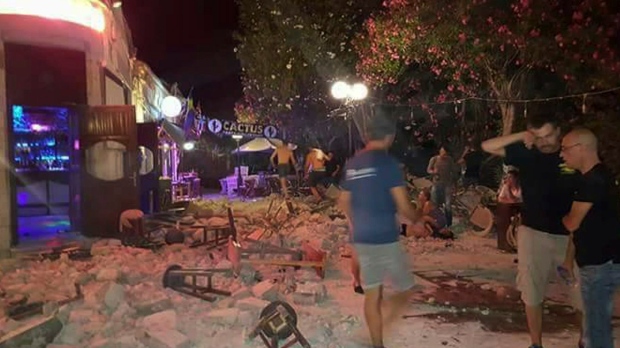 The quake was centered southwestern coastal city of Marmaris in the Mugla province, close to the Turkish towns of Bodrum and Datca as well as the Greek island of Kos in the Dodecanese Islands archipelago.

Incoming aftershocks have been warned by the Disaster and Emergency Management Presidency (AFAD) chairman Mehmet Halis Bilden even though there has been no casualties or major damage in Turkey.

He added, “Our people should know that aftershocks are continuing, so they should refrain from entering damaged or vulnerable structures.”

Official data reveals there were 12 aftershocks in Turkey and 1 in Greece and about half of those were of more than 4.0-magnitude.

Television footage showed people abandoning buildings and waiting on the streets. Cars are seen shaking and products fell off the shelves at stores.

Turkey is quake prone region and a 6.7-magnitude is considered as strong.

In the same year a 5.9-magnitude earthquake in Greece killed 143.