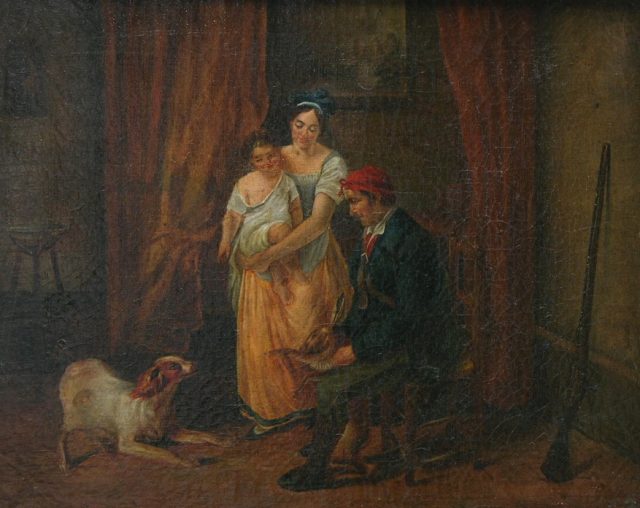 Plant expeditions and explorations of the ‘new world’ were plentiful in the eighteenth century; plant explorers and botanists, such as Joseph Banks (1743 – 1820), were often accompanied by botanical artists who recorded the discovery of many ‘new’ plants. Some of these botanical paintings are displayed in museums and art galleries throughout Europe, including Kew Gardens in London, England.

Painters and artists of the nineteenth century continued the trend of depicting botany in art; some of the most famous artists included Redoute, Manet, Monet and Van Gogh. Each of these artists were known for a unique perspective or contribution of botany in nineteenth century art.

Pierre Joseph Redoute (1759 – 1840) was known for some of the best anatomical flower paintings of the late eighteenth century and early nineteenth century; Redoute had the benefit of studying under botanist Charles Louis L’Heritier in Paris. L’Heritier taught Redoute how to dissect plants botanically which resulted in Redoute producing anatomical drawings of many plants and flowers.

Pierre Joseph Redoute finally became court painter to first Queen Marie-Antoinette and later Empress Josephine of France. Some of Redoute’s most famous paintings are of roses (Les Roses, 1817 – 1824) and lilies (Lilacees, 1802). In the latter part of his life, Redoute converted back to simple paintings of flowers and plants but it is his anatomical paintings of flowers and plants for which he is most remembered.

Edouard Manet (1832 – 1883) painted many subjects in his art, including flowers, people and places, but it was Manet’s style of painting which sparked a significant change in how art was viewed. Edouard Manet was one of the key figures in the instigation of impressionism art. An example of Edouard Manet’s impressionism flower painting in nineteenth century art is Carnations and Clematis in a Crystal Vase (1883) which is displayed in the Musee D’Orsay in Paris, France.

The Gardens of Giverny of Claude Monet

Claude Monet (1840 – 1926) was one of the greatest French impressionists of the nineteenth century; Monet spent much of his life painting the flowers, plants and trees in his garden at Giverny in France. Monet also became extremely interested in botany, through his painting, and was one of the first artists to produce a large quantity of botanical impressionist art.

Botanical Paintings of the Nineteenth Century
Today, botanical art is still popular; many modern day artists continue to interpret flowers, plants and trees in unique ways, introducing many people to botany. Andy Warhol was known for his controversial artwork, including those of flowers. However, nineteenth century artists, such as Redoute, Manet, Monet and Van Gogh, were perhaps the original influence on the interpretation of botany in art.