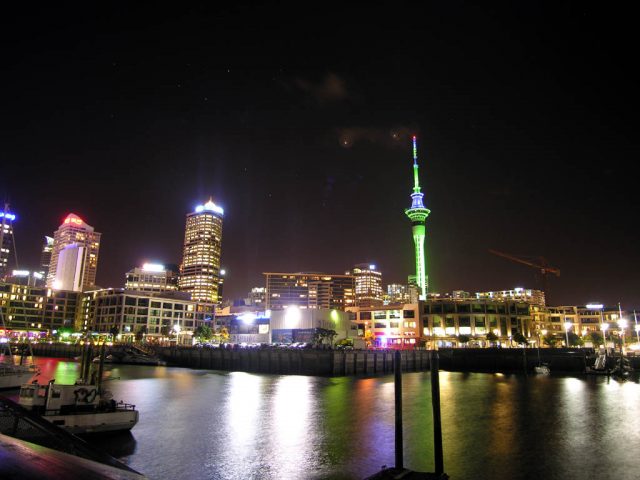 Auckland is New Zealand’s largest city and is usually the starting point for those flying to New Zealand and arriving at Auckland airport. Whether in Auckland for the Rugby World Cup, family holiday or just to get away from it all there is plenty to do. Most visitors will take a trip up the sky tower, visit Kelly Tarlton’s underwater world, go to the top of Mount Eden for the panoramic view. The daring may take a bungy jump from the tower or take a bridge walk on the harbor bridge but here are some different ways to experience this vibrant city.

Auckland is known as the city of sails. Situated on a narrow isthmus it is bordered by two harbours and it would be a shame to visit the city without a boat trip on the Waitemata harbour. The ferry terminal is easy to reach, being on the quay in downtown Auckland. Fullers ferries operate several trips to the many islands in the harbor.

For those on a tight schedule there is the Harbour cruise, one and a half hours long, which includes a brief stopover on Rangitoto island, the iconic volcano (now dormant) that dominates the city’s sea views. Nearly all pests have been eradicated from the island and native birds are returning at last. Morning or afternoon tea is served on this trip. Daily ferries travel to Waiheke Island, a vibrant community with lovely white sandy beaches, vineyards and beautiful scenery. Many of the local inhabitants commute by ferry to Auckland city for work. There are shops, cafes and restaurants on the island.

For the more active person a kayak tour is a great way to see the harbour. Ferg’s Kayaks, run by one of New Zealand’s Olympic legends, is located at twelve Tamaki drive, Okahu bay. There are basic paddling trips or tours that include meals and stops along the way. There is a Rangitoto adventure trip which takes six hours return. With a guide, paddlers kayak to Rangitoto and walk to the summit. Special conditions apply when visiting this Island to prevent the return of pests.

Mission bay is a short bus ride from the city centre. Here, at ninety nine Tamaki drive, the tourist will find the Fish Pot Cafe where a New Zealand favorite, fish and chips is a must. If the weather is fine there is no better way to enjoy fish and chips then eating at the beach, just across the road. To avoid long queues it is a good idea to phone orders in before arriving. Bicycles can be hired at the beach and it is an enjoyable ride along the waterfront.

The west coast beaches of Auckland are the surf beaches, wild and lonely, these black sand beaches are a popular spot for locals.

To get to Piha beach it is necessary to drive through the village of Titirangi, a pleasant little village with several fine cafes. This is the last place to get petrol as there is currently no petrol station in Piha. The drive to Piha beach goes through the beautiful Waitakere ranges and will pass the Arataki visitors centre. This is well worth a visit, with informative displays and great views across the Waitakere ranges.

Getting there is not so easy without a hire car but there is a shuttle service, the Piha Surf Shuttle, which runs in December, January and February. It leaves from Auckland city at 8.30 daily and departs Piha on the return trip at four p.m. The trip by car takes about three quarters of an hour. In summer the beaches are manned by surf lifesavers and it is vital to swim between the flags.

For shoppers, a trip to Ponsonby road is a must. Here there are a variety of interesting shops and a wide selection of top cafes and restaurants, where alfresco dining is prevalent. The evening atmosphere is alive and relaxed.

In some of the better restaurants it will be necessary to make a booking but there are many others where it is possible to just walk in.

On the corner of Ponsonby road and college hill road stands the attractive old post office and diagonally opposite this is the site of the infamous Gluepot tavern. Many well known and lesser known New Zealand bands cut their teeth at this tavern, now sadly closed.

A link bus departs from Queen street Auckland and takes less then fifteen minutes to get there.

Another shopping centre popular in Auckland is Newmarket. Here there are a range of shops, many of them fashion and clothing shops.

There are more then one hundred bars, cafes and restaurants located in Nuffield street, David crescent and Teed street. There is a huge selection for all tastes. Indian, Thai, Malaysian, Korean, Japanese, Italian, Indonesian, Turkish, Mexican or Pacific rim food is on offer.

The main street in Newmarket is called Broadway and opposite the mall, named 277, is an iconic little shoe repair shop, “The Shoe Sheriff”. When the developers were building a new multimillion dollar development the shopkeeper took them to court and won and the quaint little shop now stands sandwiched between modern concrete shops. Many Auckland families have been customers for years at this little shop.

When going to Auckland city these activities, enjoying the harbour, seeing the city beaches and the wild west coast and shopping where the locals shop should give a fresh perspective on a city that is rated one of the best places to live in the world.

Brief About Bradley Method of Labor and Delivery 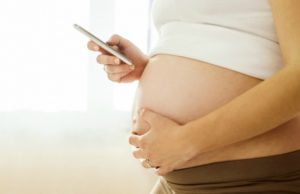 Lifescience
Childbearing can be a frightening prospect for many expectant mothers. Stories are legion about the pain caused as an infant travels through the birth...

How To Wear Short Trend For Spring 2018