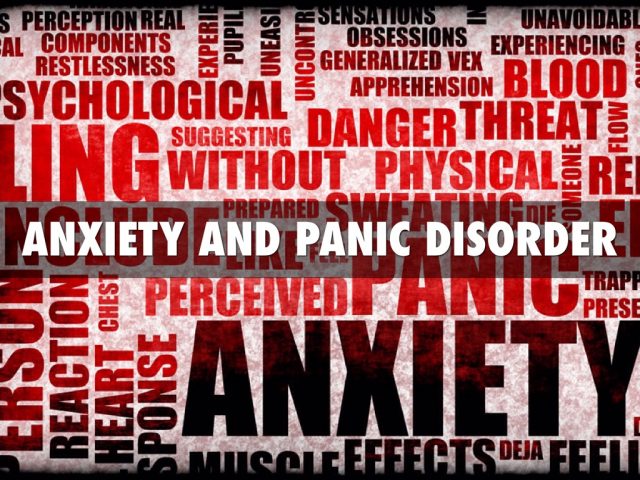 Everyone experiences some form of anxiety throughout their life – when going for that job interview, or meeting a blind date, giving a presentation in front of a group of people. Those that play in competitive sports, or even video gamers will experience arousal similar to the arousal in mild anxiety. This is perfectly normal, and research shows that a little arousal is good for performance.

When that arousal becomes incapacitating, it is no longer beneficial. Anxiety sufferers often feel that no one else could possibly understand what they’re going through and that they are the only ones that suffer so greatly over seemingly little things.

The most common is known as GAD or Generalized Anxiety Disorder. GAD affects some 6.8 million people aged 18 and over each year, or approximately 3.1% of the population. Symptoms of GAD include excessive worry, in particular with regard to expectation. GAD sufferers typically worry about events or activities, which anyone can relate to except that with GAD the worrying goes to the extreme.

For a diagnosis, the excessive worrying must occur more often than not during a 6 month period, or longer and also must be accompanied by at least three of the following symptoms: restlessness, being easily fatigued, difficulty concentrating, irritability, muscle tension, and sleep disturbance. Though GAD can be diagnosed at any age, the median age of onset is around 31. There are other factors, but this is a good place to start if concerned about a possible Anxiety condition.

Panic Disorder is the next most common, affecting nearly 6 million Americans aged 18 and over, or roughly 2.7% of the population in that age bracket. Symptoms for Panic Disorder typically begin in early adulthood, with a median age of onset being 24. One out of every three individuals suffering from Panic Disorder may develop Agoraphobia at some time in their life.

Panic Disorder without Agoraphobia is characterized by the existence of Panic Attacks and anxiety with regard to possible future Panic Attacks. A Panic Attack can be described as a sudden experience of extreme fear or physical and psychological discomfort accompanied by a number of physiological sensations such as dizziness, shortness of breath, heart palpitations, sweating, trembling or shaking, pain in the chest, a feeling of choking, feeling a loss of control, and a number of other possible symptoms. It can be a very distressing event and the fear of experiencing another Panic Attack can cause very high levels of anxiety.

Panic Disorder with Agoraphobia is characterized by a fear and/or avoidance of situations the sufferer believes might induce a Panic Attack. This is often associated with a fear of crowds or bustling places, such as shopping malls and grocery stores, and some sufferers develop Agoraphobia to the point of never leaving their homes.

It is important to note that approximately 1.8 million Americans aged 18 and over suffer from Agoraphobia with no history of Panic Disorder. The median age of onset for Agoraphobia, without Panic Disorder, is 20 years old.

Obsessive-Compulsive Disorder is another very common Anxiety Disorder that affects nearly 2.2 Million Americans each year, aged 18 and older. This is roughly 1% of the population over 18. The first symptoms will often present themselves in childhood or during adolescence, though the median age of onset is 19.

Obsessive-Compulsive Disorder, or OCD, is characterized by recurrent, persistent thoughts or impulses (obsessions) that an individual experiences that cause the individual marked anxiety and distress. These thoughts and impulses do not necessarily have to be worries about real-life problems, and the person is unable to escape them not matter how much they try to, even if they realize the thoughts are unrealistic or irrational.

The “compulsions” accompany the obsessions and are frequently repetitive behaviors that the individual performs in order to appease, in a sense, the obsessions. These are typically hand washing, ordering, or checking behaviors, but can also be mental acts such as praying, counting, or repeating words silently. The compulsions are aimed at reducing, or preventing, the feared situation or event.

OCD sufferers frequently worry about health concerns, not only their own but also of others. Some fear contracting a serious illness and often partake in washing behaviors, while others fear a dreaded situation such as a house fire and cannot leave the home without checking, then rechecking, that the stove is turned off. There are many compulsive behaviors associated with OCD, however, and these are only meant as basic examples.

The first step in receiving treatment is to be assessed by a proper doctor, usually a Psychologist or Psychiatrist. Many Anxiety sufferers will present their symptoms to a General Practice Doctor first and are often on some form of medicine regimen when finally referred to a Psychologist. Successful treatments usually comprise of a brief prescription medicine regimen, if necessary, and Cognitive-Behavioral Therapy. There is no evidence that drug treatments alone or psychological treatments alone are more effective and the most successful cases usually find benefits from a combination.

Beware! Energy Drinks May Cause Brain Injuries To Your Teens