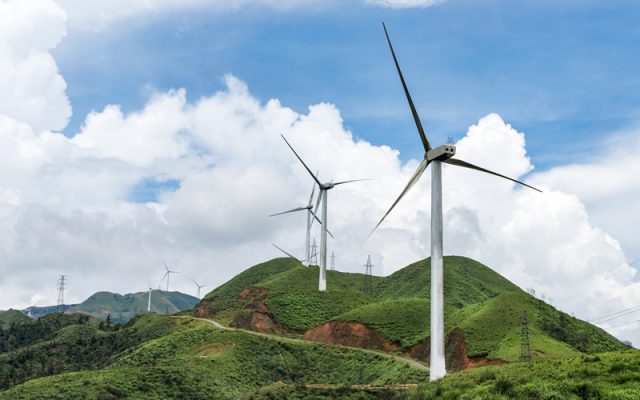 Wind energy is just one of the alternative energy sources under development that compete with traditional forms of energy. Listed below are some of the most common advantages and disadvantages of wind powered energy.

Wind is a domestic source of energy; therefore, dependency on foreign sources for energy is diminished.

Wind power still competes with conventional sources of power generation and depending on the site, whether the costs can be competitive with traditional forms of power. Even though the cost of wind power has decreased in recent years, initial financial investment for generators can be costly.

A major disadvantage of wind power energy as a source of power is that the wind is intermittent; therefore, it is unreliable as a steady energy source. The wind is not always present when electricity is needed. Two drawbacks exist: 1) wind energy cannot be stored without the use of batteries, and 2) harnessing winds in time to meet electricity demands does not always coincide.

Locating land sites for placement of wind farms is difficult. Typically, good sites are in remote areas, not in urban areas where demand for electricity is greater. Landowners may not allow construction of wind farms or other technologies due to diminished profitability. Land is a valuable resource and development of wind resources may not be as profitable as other uses of land.

Major disadvantages of wind power energy are linked to reported complaints that have surfaced concerning noise from wind turbine rotor blades, the visual impact of wind farm turbines on the landscape and birds killed by the rotor blades.

Alternative Energies and the Functions of the Sun