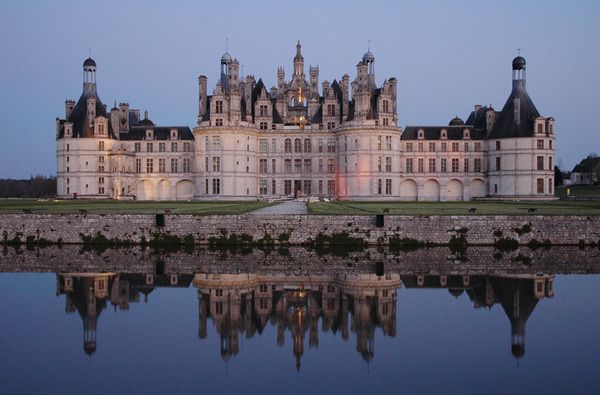 Louis XIV thought Chambord was too small for a king – but it has 50 staircases and over 400 rooms. Yet François I only intended it as a hunting lodge, set in a deer park. The corner towers still suggest a feudal castle, yet it’s in fine Renaissance style. Perhaps its finest feature is the open staircase which has two spirals passing each other. Even though you can see someone coming down the other staircase, you will pass them without ever meeting them.

Chenonceau, though a ‘Loire chateau’, is actually built across the river Cher on a bridge, known as the ‘Pont de Diane’ after Diane de Poitiers who lived here for many years. Diane was mistress of Henri II, who eventually gave her ownership of the castle – but she was stripped of it after Henri’s death by his vengeful widow, Catherine de Medicis. While most of the castle is graceful Renaissance work by Diane’s favourite architect, Philibert Delorme, the original fifteenth century donjon has been kept.

Chaumont is the chateau that Diane de Poitiers moved to after she was evicted from Chenonceau. She must have been heart-broken; instead of her elegant gallery, she inherited what is still clearly a medieval fortress, with its huge squat round towers. Yet it was built not long before the other chateaux of the region, in the 1460s, and not completed till 1510 – when the Renaissance style was already in fashion.

Among all these fine buildings, though, Azay-le-Rideau is everyone’s idea of what a Loire chateau should look like. It’s surrounded by water – in fact the river Indre, not the Loire – which reflects the dainty Renaissance turreted building. Alas, Gilles Berthelot who built the castle was forced to run for cover when the king accused him of embezzlement – and took over the castle.

You’ll need your own transport to visit most of these sites – only Amboise stands in the middle of its town. But the countryside along the Loire is a delight in itself – with charming villages and even the chance to stay in some of the smaller chateaux. 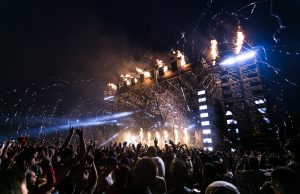 Lifestyle
Are you searching for the best music festival in the US? Well, you have come to the right place; we have gathered...

How to Ask For Donations