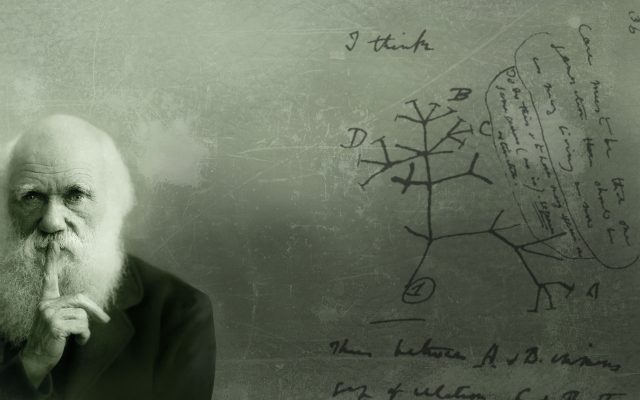 Throughout history, many new scientific theories have shaken up common religious beliefs, including Charles Darwin’s Theory of Evolution. In 1831, 22-year-old Darwin accompanied Captain Robert Fitzroy on the HMS Beagle, around Argentina, Australia and Cape Town and eventually the Galapagos Islands where the amateur naturalist spent 5 weeks collecting fossils and samples from the island and began to develop his evolutionary theory.

In 1858, Darwin received a paper written by Alfred Russel Wallace that held the same views and theories as his own work, but he refused to publish his paper just to beat Wallace to the punch. Instead, he collaborated with Wallace and published a paper, which was presented at the Linnean Society of London. A debate was held after this publication in which several speakers from religious and scientific backgrounds expressed their opinions (The Voyage of the Beagle, BBC).

In This Article hide
1 The Evidence
2 The Controversy

There is evidence that supports Darwin’s theories, such as vestigial organs, fossil records and homology (similarity based on common descent). The hair follicles on human skin indicate that humans are descended from a much hairier species, as does the vestigial tail, known as the coccyx but often referred to as the tailbone.

Fossil records going far back in history show evidence of change as well as extinctions, proving those extinct species to be relatives of living species. The similarity on vertebrate forelimb structure, even though function may be quite different, and similarities in genetic codes are indicators of a common ancestor.

Adapted from The American Museum of Natural History is this Controversy Timeline, which is of much interest:

Humans and chimpanzees share almost 99% of DNA and it is believed the divergence on the evolutionary tree was as little as 5–6 million years ago, suggesting that chimpanzees, not apes, are humans’ closest living relatives. Continued studies of ape and chimpanzee genomes will assist scientists in figuring out exactly where humans fit in, but there is no doubt, the debate will continue.

A Survival Kit — Knowing What to Include in It