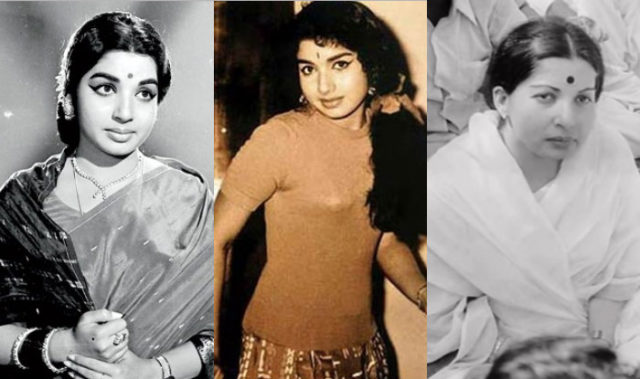 Born in 1948, the Indian actor and politician Jayalalithaa Jayaraman is no more among us. Her death due to cardiac arrest was announced on Monday late evening by Apollo Hospitals in Tamil Nadu capital Chennai. She is well known for her more than a ton films from 1961 to 1980 and later as chief minister of the state repeatedly. Here are some of those facts about the great personality that few of us know.

Very few people know that Jayalalitha learnt Bharatnatyam at a very early age of her childhood, when she was just 3.

Jaya’s mother Sandhya too was an actress. Her real name was Vedavathi and she forced her to step into Tamil Films at the age of just 15.

The first movie of Jayalalitha was rated ‘A,’ which means to be watchable only by adults and the biggest irony then with her was she herself was minor and couldn’t watch it in theaters.

The Amma became first Tamil actress to wear sleeveless blouses and also to drench under a waterfall.

While she was building up her film career, Jayalalithaa had fallen in love with Shoban Babu, who was already married. Once she was even caught sneaking him through binoculars from her home. However, she didn’t got married to him.

MGR Introduced Her To Politics

Tamil actor, director, producer and politician MGR (Marudhur Gopalan Ramachandran) introduced Jaya into politics. The actor himself served as Tamil Nadu chief minister for three terms. The two have acted together in dozens of hit movies too.

Jayalalitha use to carry English books with her whenever she traveled. She loved reading those.

She Was Writer Too

Jayalalitha is a good writer too in her own Tamil language. She has authored one novel and use to write in yesteryear Tamil weekly by name “Thai.”